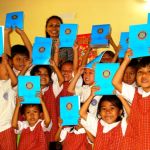 Who are we? We are 1.2 million neighbors, friends, and community leaders who come together to create positive, lasting change in our communities and around the world Community Service encourages every Rotarian to find ways to improve the quality of life for people in their communities and to serve the public interest

You can reach us at:
Jalan Pisang in Kalibukbuk,
just off Jalan Damai,
Bali, Indonesia